Is Air Travel Taking Longer than Before?

As we get older, it’s common to feel like the passage of time is speeding up. Events that used to take much longer now seem to fly past.

When it comes to air travel though, the opposite is actually happening. Flight times are getting slower, it’s a fact.

For example, in the 1990s, a flight from New York to Chicago took 2 and a half hours. Today it takes roughly 2 hours and 50 minutes. That’s an increase of 20 minutes for the same distance.

This isn’t an isolated case either. Shorter flights take longer than they used to as well. In 1995, London to Edinburgh took 1 hour 15 minutes instead of the 1 hour 25 it takes now.

With the technological advancements of the last few decades, it seems bizarre that flight duration should slow and not speed up.

So why is this happening? Well, we’ve got some answers. At AirHelp, we love giving passengers travel solutions. So we’ve compiled a list of reasons why air travel might be taking longer than it did in previous years.

The airlines make the difference

So we can all agree that flight times are increasing. But are planes spending more time in the air, or are they adding extra time at the start and end of each journey?

In reality, it’s both. There’s a technical word for this in the aviation industry: Schedule Padding.

Airlines often alter their flight schedule to give each flight a bit more margin for error regarding flight delays.

This extra time might explain why pilots often proudly announce ‘making up time in the air’ — even after lengthy delays have occurred before take-off.

According to a study by WHICH, flights are up to 35 minutes slower than previously on airlines such as British Airways, EasyJet, Ryanair, and Virgin Atlantic. 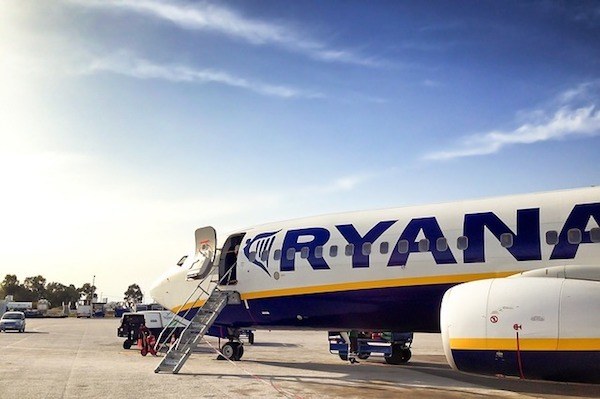 By giving themselves a bit more time in the schedule, airlines can report better on-time performances.

That’s one of the factors we look at in our AirHelp Score, which ranks the best airlines in order to help air passengers make the right decisions when booking flights.

Head over to the AirHelp Score for Airlines page to see how well the global airlines you use rank.

You can also check out the AirHelp Score for Airports to see how well airports across the world have performed in 2018.

Another reason why passengers experience longer flight times is that of fuel efficiency and money saving on the part of airlines.

A plane traveling at a slower speed will consume less fuel, so airlines are able to save millions each year by extending flight times.

According to Business Insider, the price of fuel rose dramatically between 2002 and 2012 from $0.70 per gallon to $3, so you can see why airlines might want to cut back.

Budget airlines such as JetBlue are said to save vast amounts every year due to fuel efficiency among other things.

These savings can benefit passengers too. Low-cost carrier Norwegian even invest in fuel-efficient planes, which travel further with cheaper fuel costs. That’s how they can charge just $270 one-way for flights from London to New York and LA.

It’s no surprise that busier air traffic can have a significant effect on the punctuality of flights.

Flight routes are getting much busier, and new runways and terminals (such as the gigantic Heathrow Terminal 5) are all factors airlines consider when publishing their schedules.

Air traffic control congestion also plays a large role. With skies now much busier than 10 years ago, sticking to previous flight times might be too optimistic.

All that said, it’s the job of airlines to offer paying passengers the most convenient and quick way to reach their destination. So blaming busier schedules for poor service isn’t going to fool anyone. 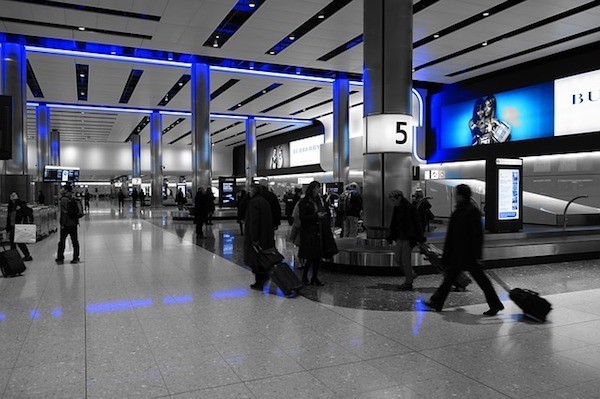 Are you entitled to a compensation pay-out?

Airlines can blame poor punctuality on many factors. But one thing is for certain. It’s never the fault of the passenger.

Did you know that you have special passenger rights for air travel? If your flight is delayed, cancelled or overbooked you could be eligible for compensation to the tune of up to €600, depending on the length and severity of your disruption.

Any flight in the last 3 years where you encountered disruptions means you could be owed big cash. Head over to our Know Your Rights page to find out more.

Flight delays happen, but that doesn’t mean you have to accept them. You may be entitled to as much as €600 in compensation if you experienced a delayed, canceled or overbooked flight within the last three years.