Ryanair: One bill settled, but $90 million more to go 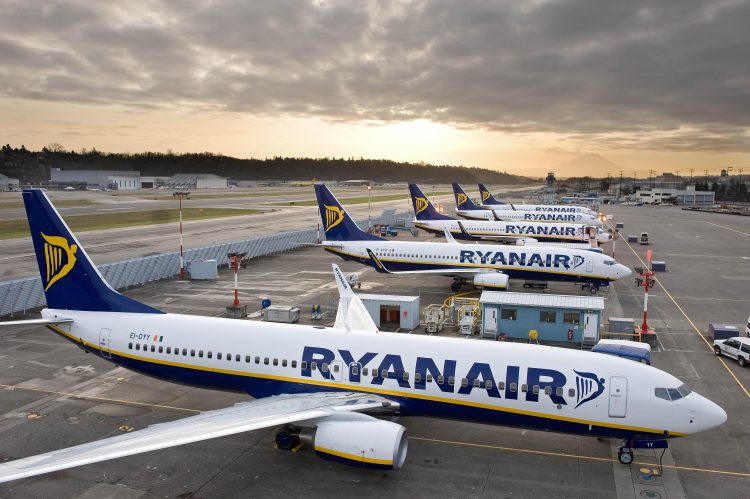 Following new agreement from Ryanair with pilots, AirHelp announces that the airline has:

One bill settled, but $90 million more to go

New York – August 23, 2018. This year’s summer travel season is recording major flight disruptions all over Europe, caused especially by cancelled and delayed flights following strike actions. In light of Ryanair reaching an agreement with Irish pilot union FORSA, this lets passengers hope that this year’s summer travel chaos due to strike disruptions will finally come to an end. Now it is time for Ryanair to finally settle the bill for their own customers! AirHelp, the world’s leading flight compensation company, has analyzed how much Ryanair should be putting forward to compensate passengers and encourages affected passengers to assert their right to financial compensation.

Within only 12 days of strikes, 270,000 passengers could be owed around $90 million in total compensation following disrupted Ryanair flights that were cancelled or significantly delayed due to its staff being on strike.

Time to pay the bill: Ryanair owes $90 million to its passengers

Henrik Zillmer, CEO of AirHelp and passenger rights expert, comments: “Now that Ryanair has paid its open bill to Irish pilots, accepting their call for better working conditions, it is time to also make it up to all the thousands of passengers whose travel plans were destroyed due to Ryanair’s mismanagement in the past 2 months, making it one of the most chaotic summer travel seasons ever.

“Irresponsible airlines like Ryanair, who do not manage to provide adequate work conditions to their staff, risk major flight disruptions during this season need to fulfill their legal duty of compensating passengers for the hassle they’ve caused. This is why our team at AirHelp advises all impacted passengers to check whether their flight problem entitles them to financial compensation, on top of any rerouting or ticket refunds offered. We are there to help, and even go to court for you, if necessary.”

Flight problems: These are the passengers’ rights

In case of a flight that is delayed for more than three hours or canceled, and in instances of denied boarding, passengers may be entitled to financial compensation of up to $700 per person in certain circumstances, in addition to any rerouting or refund of the original ticket. If a flight meets this criteria, passengers may be eligible to claim compensation, even if they are from the U.S. or another country outside of the EU. Furthermore, the reason for the delay in flight operations must be caused by the airline. The right to financial compensation must be claimed within three years of the delayed date of the flight.

On the other hand, extraordinary circumstances such as storms, or medical emergencies mean that the operating airline is exempt from the obligation to compensate air passengers.

If you are stranded at an airport for more then two hours, the airlines are also obliged to provide passengers with meals, free drinks, access to communication and even an accommodation, if needed.

The European Court of Justice in April 2018 ruled that airlines must compensate their passengers for flight delays and cancellations, even though the reason for this was a strike by airline staff, applying to all previous airline strikes and new ones.

AirHelp is the world’s leading flight compensation company, helping passengers to understand their rights and get compensation for delayed flights, canceled flights, and instances of denied boarding. Since launching in 2013, AirHelp has helped more than seven million people process airline compensation claims worth almost $930 million in total reimbursement. AirHelp has offices across the world, is available in 30 countries, offers support in 16 languages, and employs more than 500 employees globally.