Air Passenger Incidents: The Good, The Bad and The Weird

Air passenger incidents are all the rage in 2017.

Ever since Dr. David Dao received a broken nose, lost two teeth and suffered a concussion when he was dragged from an overbooked United Airlines flight, airlines have been in the spotlight.

United CEO testifies and apologizes before congress for his responses to the Dr. David Dao incident. pic.twitter.com/AWXqg1BR96

More recently, a mother with a stroller was reportedly bullied to tears by an American Airlines attendant and Delta Airlines forced a family off an overbooked plane following a row over a child seat.

In a US Senate hearing in May, senators from both parties hinted at the possibility of a new “Passenger Bill of Rights”, to protect the traveling public.

They also made the point that air passengers are guilty of taking out their frustrations on airline employees and flight attendants.

But it’s not all bad. In 2015, SouthWest Airlines was praised for turning a plane around before take-off so that passenger Peggy Uhle could contact her husband after her son had fallen into a coma.

This was a refreshing headline to resurface after a string of public relations shockers for airlines. It inspired us to start a running log of air passenger incidents – the good, the bad and the weird.

Air Passenger Incidents 2017: The Bad and The Weird

Do you have a good air travel experience worth sharing? Please email [email protected]!

Here’s my tale of goodness… I was flying from San Antonio via Atlanta to home in the Washington DC area. I would arrive home about 11:00 PM, and had a 7:00 AM flight back on the road the next morning. Just enough time to wash clothes and re-provision for my next trip. I was on AirTran and after we landed in Atlanta, the airport was closed due to heavy storms. This of course backed up everybody, and the best the airline could offer was to get me home the next morning, which of course would disrupt my next trip where it was critical to be at the Kennedy Space Center in Florida by early afternoon, with the equipment I had to bring from home. I met the gate supervisor, who was working fearlessly and diligently to get everyone on a flight. He was an absolute gem and made everyone calm and happy. As the evening wore on, the storm was lifting and flights were resuming. A flight originally scheduled before mine was cleared to fly, but my flight would likely not go before morning. The supervisor worked hard to get me transferred to that earlier flight, and it all worked out. The flight was to Baltimore, which entailed taking a shuttle to my originating airport to get my car. No time to wash clothes, but I had just enough time to grab my gear and some coffee and I made it back to the airport and got to Florida exactly on time. Bravo to that AirTran (now Southwest) gate supervisor for service far beyond the call of duty and for being the calm in a storm for thousands of passengers on that night in Atlanta.

I was returning from a holiday in Denmark, and had booked my flights incorrectly. Instead of a two-hour layover in Doha at 2am, I was facing 10 hours. After calling the airline before my trip, they informed me they’d get me on a waiting list, as the tight connection was already full.  Once I arrived at the airport, the staff pulled me aside, and said, “Mr. Bennett, I’m so sorry but we’ve not got a seat for you in economy class,” and my heart dropped. I was dreading spending a night in the airport. And right like that, the stewardess laughs and says, “so we’ve upgraded you to a business class ticket, enjoy your flight.” That was on Qatar Airways, who continue to remain my favorite airline to fly with.

A few years ago I was in New York for a few days before Christmas. This time I used miles for my flight, and thought that I would treat myself to First Class. As it came time to get the flight back to London, the city began to get hit by a huge weather system. Lots of snow was forecast. We made our way to the airport to give ourselves plenty of time. Boarding was uneventful, to the front of the 747–400. Sat side by side, we relaxed and enjoyed being looked after by a wonderful British Airways crew.

By now, the snow has begun to fall. There is a slight problem though – it really was more sleet than snow, and sleet is a problem for aircraft. Sleet and freezing rain needs to be cleared from the aircraft before it gets airborne. The crew took three attempts to clean the aircraft sufficiently of ice and sleet to safely get airborne, but every time they were beaten back by the weather. 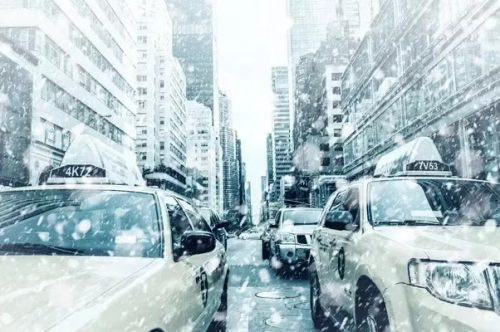 By now, hours have passed. The crew ran out of duty hours – they could not fly us to destination any more. We were stuck – there was not a parking slot available to us, nor would there be for 8 hours. We cannot de-plane; we are stuck on-board, in a snow-storm, for another 8 hours at least. So, how on earth is this a good flight?! Well, the crew were awesome. The Captain came to see us in First Class to explain what was going on. Nice touch, I thought. He then did the same in the Business Cabins; then Premium Economy; then Economy. He walked the entire jet to explain what was going on in person. He lived and breathed customer service. His crew seemed to follow his lead – it was a wonderful, happy crew doing the best they could. 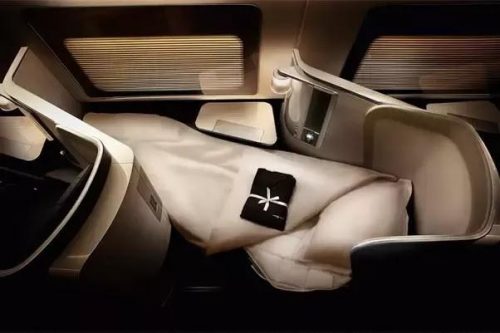 The crew ran the full First-Class service, as if we were airborne – meals, drinks, movies, pajamas (well, we were in First Class!), beds were made. Just a treat for First Class? Not at all. The crew ran the full service through the entire aircraft. A static version of a trans-Atlantic flight for everyone on board. Remember, there is nothing that the crew could have done to solve the problem. They don’t control the weather, nor the airport. Just their own environment. And within that environment, they were terrific. Eight hours later, after a lovely meal, and a snooze, we began to taxi to the stand so that we could de-plane

I’ve always had really good experiences when traveling on Singapore Airlines.  The customer service is really exceptional. I’m not sure how they maintain such friendly and attentive service through those long flights but they do a really good job.  I once dropped my phone charger behind the arm rest when I was sitting next to the window seat.  Before I could finish my sentence, two Singapore flight attendants were adjusting the seat in order to pull out charger, which had dropped into an impossible-to-reach position.

I travel a lot for work, and the vast majority of my travel is on Alaska Airlines (I’m based in Seattle, so they have tons of routes, and they have the best customer service around). My husband, Jason, also has a busy work schedule, so we planned on going down to Los Angeles for our honeymoon for a quick weekend.  I was going to be traveling both legs with Jason, but then plans changed and I needed to fly from our honeymoon back to our offices in Boston. I called in to make the change in flights (for some reason I wasn’t able to change online), which seemed like a pretty routine call.  A day or so later, I had an email from Alaska letting me know they had upgraded both me and Jason to first class for our trip to Los Angeles – the perfect way to kick off our honeymoon. A day or so after that, we received a handwritten note from Nichole, the reservation agent I had spoken with (picture below).  Both the upgrade and the note were completely unnecessary (not expected at all), but warmed my heart.  In this day and age, seeing an airlines act so personally (in the best way possible) makes all the difference in the world.  I posted the card on Instagram, with the note: I spend a lot of time traveling for work, and this gesture is one of the many reasons I choose to spend that time on Alaska.  And I truly mean it. 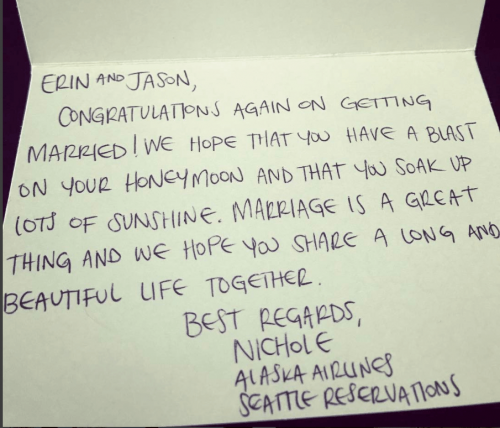 Erin Breslin, CEO of All Set

Last week I was on my way back to LAX from Portland, Maine and had an issue where the two airlines (JetBlue and American) went above and beyond. I was impressed since neither was at fault. To cut a long story short, one flight was delayed, which normally would have meant missing my connection, but in this case, the gate agent checked my ticket, looked at the options, then did that magical thing where he pushed a few buttons, reached down below the counter and pulled out new tickets. He smiled, told me there would be no additional charges, and to have a nice trip back to LA.

What impressed me most about this situation was both agents looked at my situation and saw the logic. Making me adhere to my original schedule would have meant a lot of frustration and additional costs to me. And it wasn’t my fault. And it wasn’t their fault, either. But they used common sense, made the adjustments, and resolved it in a fast and efficient manner. Not what you normally read in the press! As they say, an ounce of prevention is worth a pound of cure.

Air passenger rights are complex, long, intimidating and for the most part, they’re unknown to most people.

How do you know if you’re entitled to compensation? What happens if you miss your connecting flight? And what exactly is an ‘extraordinary circumstance’? Here’s our man Scott with an introduction to the AirHelp ‘Know Your Rights’ video series.