You’ve heard the story before, the week of Thanksgiving is one of the most busy travel weeks in the US. For comparison, the average percentage of flights delayed in countries that do not celebrate Thanksgiving is only 18%. If you compare that to even the best performing airports in the US, like Albuquerque International Sunport in New Mexico which only manages to get away with 22% of flights leaving their aiport being delayed, it becomes even more obvious that Thanksgiving Travel is not ideal. So yes, your gut feeling is right. Thanksgiving is not the best time to attempt to get from one part of the US to another via plane or car.

How do major airports stack up? 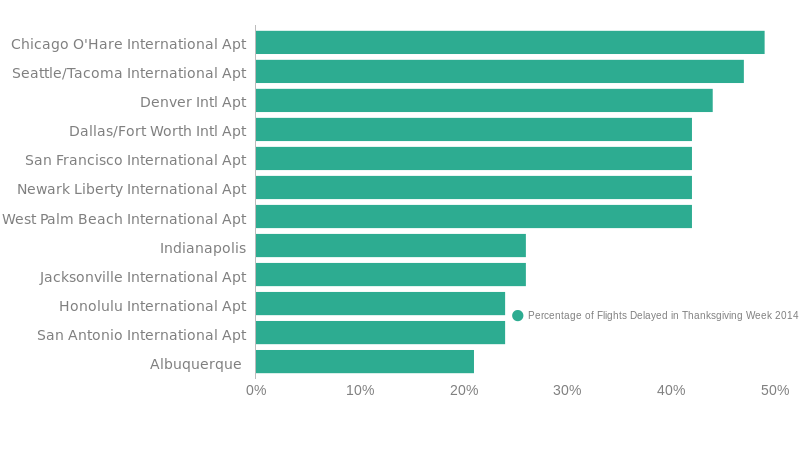 The graph above shows the 5 worst and the 5 best airports in terms of delay performance based on airport performance from 2014. Unfortunately all airports are well above the average and if you’re flying Chicago O’Hare or Seattle/Tacoma you’re likely to have a bad time.

All is not lost!

With a bit of analysis you can get as close to avoiding Thanksgiving travel delays without breaking your budget!(I mean without a private jet.) If you have no choice but to fly from an airport like Denver International there are a few things you can do: 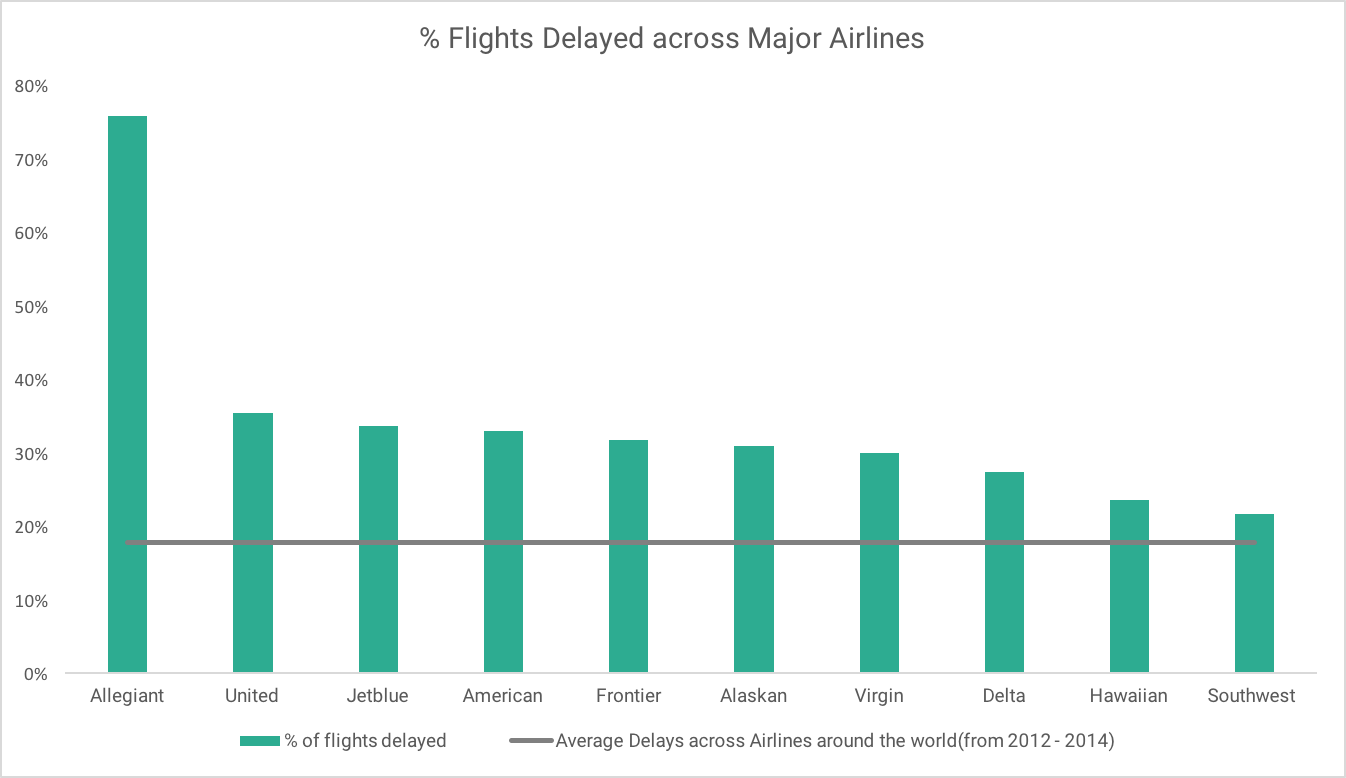 Again this graph, proves that Thanksgiving Travel does come with its fair share of delays. Even the best performing airline for Thanksgiving Week in 2014 suffered more flight delays than the 18% World Average. However given the choice, booking a flight with  an airline in the bottom three of the above might be your best bet for getting home on time!

Why does flying during the week of Thanksgiving suck so much?

You may have guessed this already but a LOT of people travel during the week of Thanksgiving. To make things even more problematic, the number of people who fly has been increasing each year. 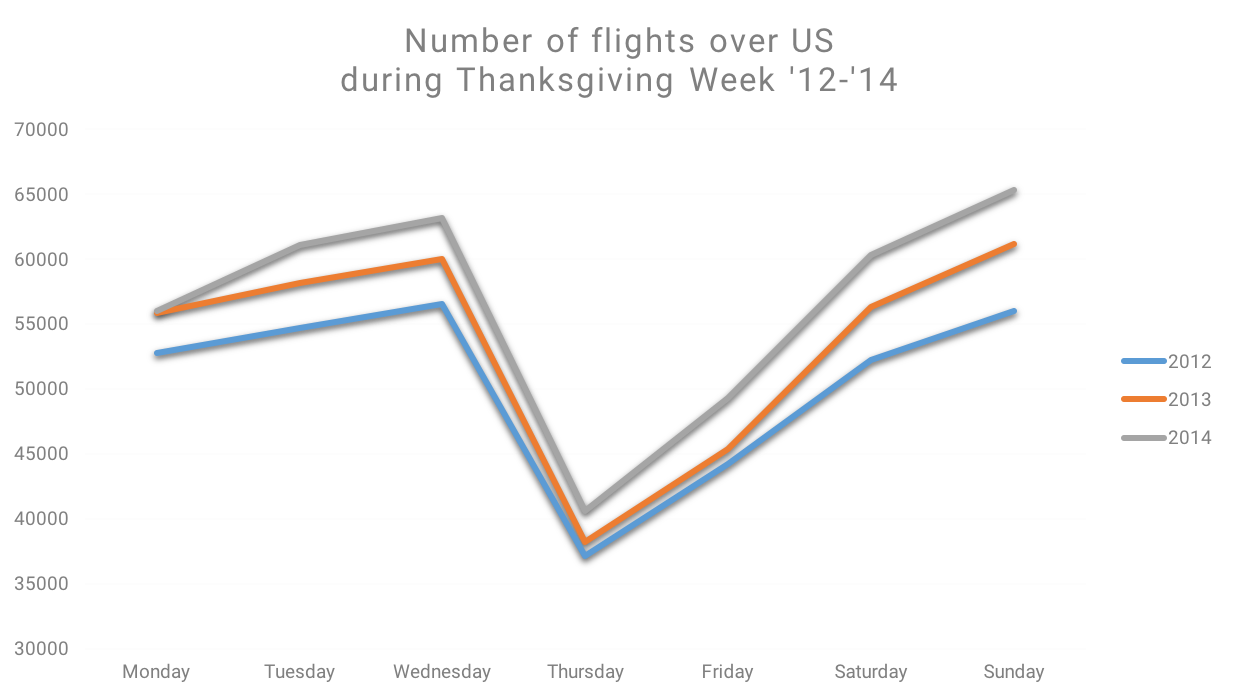 And as we’ve seen in our “How to Avoid Flight Delays” Infographic more flights tend to go hand in hand with more delays. This seems to be especially the case during Thanksgiving Travel… 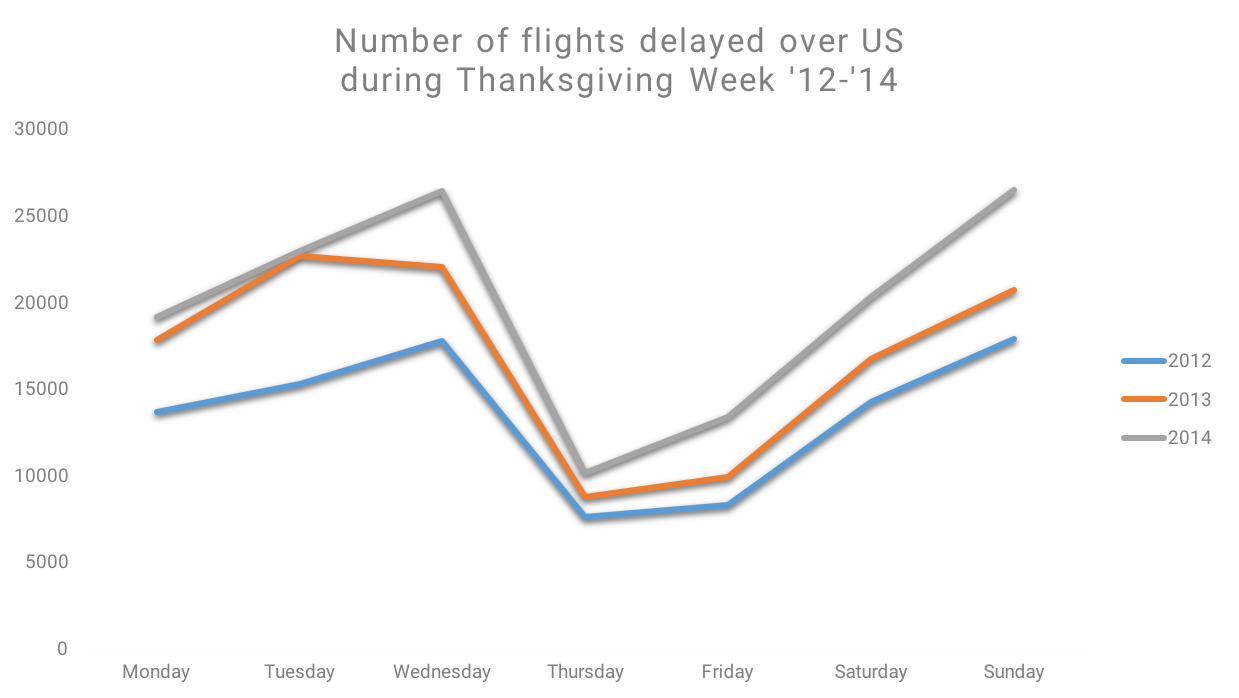 As you’d expect there are more flights the Wednesday before Thanksgiving and the “homecoming effect” ensures that with more people heading home, the more likely your flight is to be delayed!

Still want to know how likely you are  to be delayed at your home airport? Well you’re in luck, we’ve created a detailed AND interactive map to show you the airports you should avoid(if you can) this Thanksgiving.

Copy the embed link below: