When it comes to United Airlines claims, there’s no need to fill out any complicated forms if your United Airlines flight has been delayed or cancelled. All you have to do is type in your flight details and we’ll tell you if your flight qualifies. Our team of trusted industry experts know the law inside out, so you don’t have to waste time going back and forth with the airline. What’s more, there’s no need for you to worry about the paperwork or headache involved in going to court to make your case.

Your right to United Airlines compensation for a delayed flight depends on a few different factors. Essentially, it boils down to whether or not it was United Airlines’s fault. United Airlines might offer you a voucher to smooth things over while you wait. Check if there are any conditions attached. We’ve heard of instances where some airlines ask you to waive your right to compensation in exchange. So, the best thing you can do right now is select the ‘Check Compensation’ button and let us check your eligibility.

As soon as you do that, we’ll be able to tell you if your disrupted United Airlines flight qualifies for compensation. We just need your flight number, email address, and a couple of other details to get you the money you’re owed. 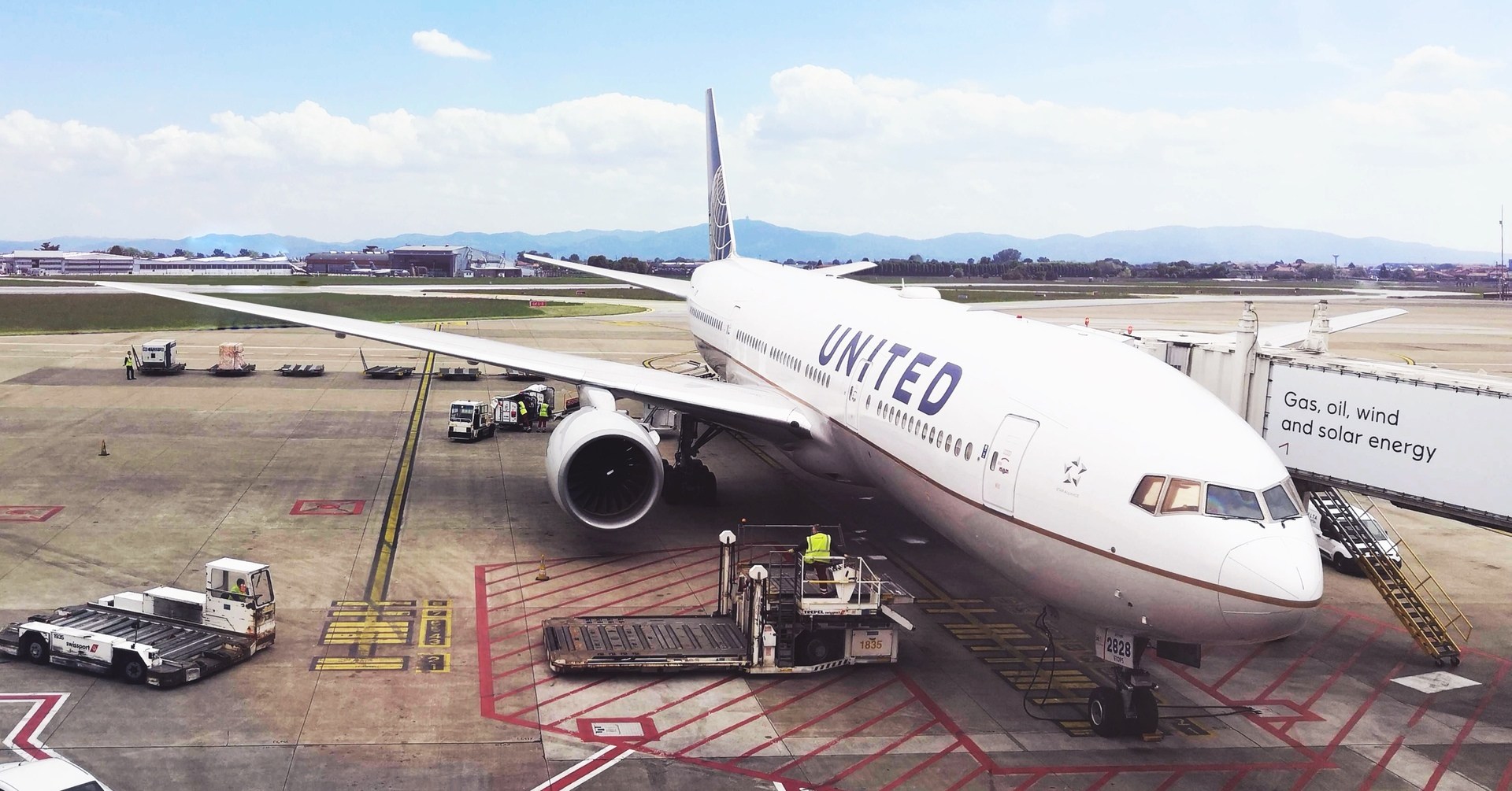 Delayed flight with United Airlines? Claim up to €600 in compensation if your flight has been delayed, cancelled, or overbooked within the last three years. Check your Compensation

The situation is different if you need to cancel your flight for some reason. There is no compensation owed if it is your decision to cancel your flight. Tickets can usually be rebooked on the United Airlines website. You may be asked to pay a rebooking fee and a handling charge, depending on the type of ticket you purchased. If you rebook a ticket that turns out to be more expensive than your original flight, you’ll need to pay the difference. As a general rule, as long as there are still seats available, you can usually rebook your ticket in the same fare class or higher.

At AirHelp, we offer ‘Justice as a Service’ and we can help when United Airlines cancels a flight but doesn’t give you a 14-day notice or a re-routing option. We’re able to step in and provide you with a way forward because European legislation, namely EC 261, entitles you to flight cancellation compensation as part of your rights as an air passenger.

With that in mind, the law is on your side unless the delay or cancellation is due to extraordinary circumstances, which is loosely defined as scenarios beyond an airline’s control. These situations include, but are not limited to: lightning strikes; medical emergencies; and strikes by airport or air traffic control staff. However, if the airline staff members strike, then the affected flight qualifies for compensation because airline management is considered responsible for their employees’ behavior.

If an airline explains that a flight delay or cancellation occurs because of “technical difficulties” or “operational difficulties”, these circumstances do not count as “extraordinary circumstances”. That means you are still eligible for flight cancellation compensation. If you’re unsure if your flight qualifies, just click on the ‘Check Compensation’ button to determine your eligibility. Our legal experts will be able to tell you if your cancelled United Airlines flight is eligible. We just need your flight number, email address, and a couple of other details. We’ll file your claim and handle the rest.

Delayed flight with United Airlines? Claim up to €600 in compensation if your flight has been delayed, cancelled, or overbooked within the last three years. Check your Compensation

How much compensation am I entitled to for flight delays with United Airlines?

United Airlines is one of three major US airlines, along with Delta Air Lines and American Airlines. It operates a large domestic and international route network, with an extensive presence in the Asia-Pacific region. United is a founding member of Star Alliance, the world’s largest airline alliance.