Flight Cancellation: AirHelp is The Best Claims Service in the World 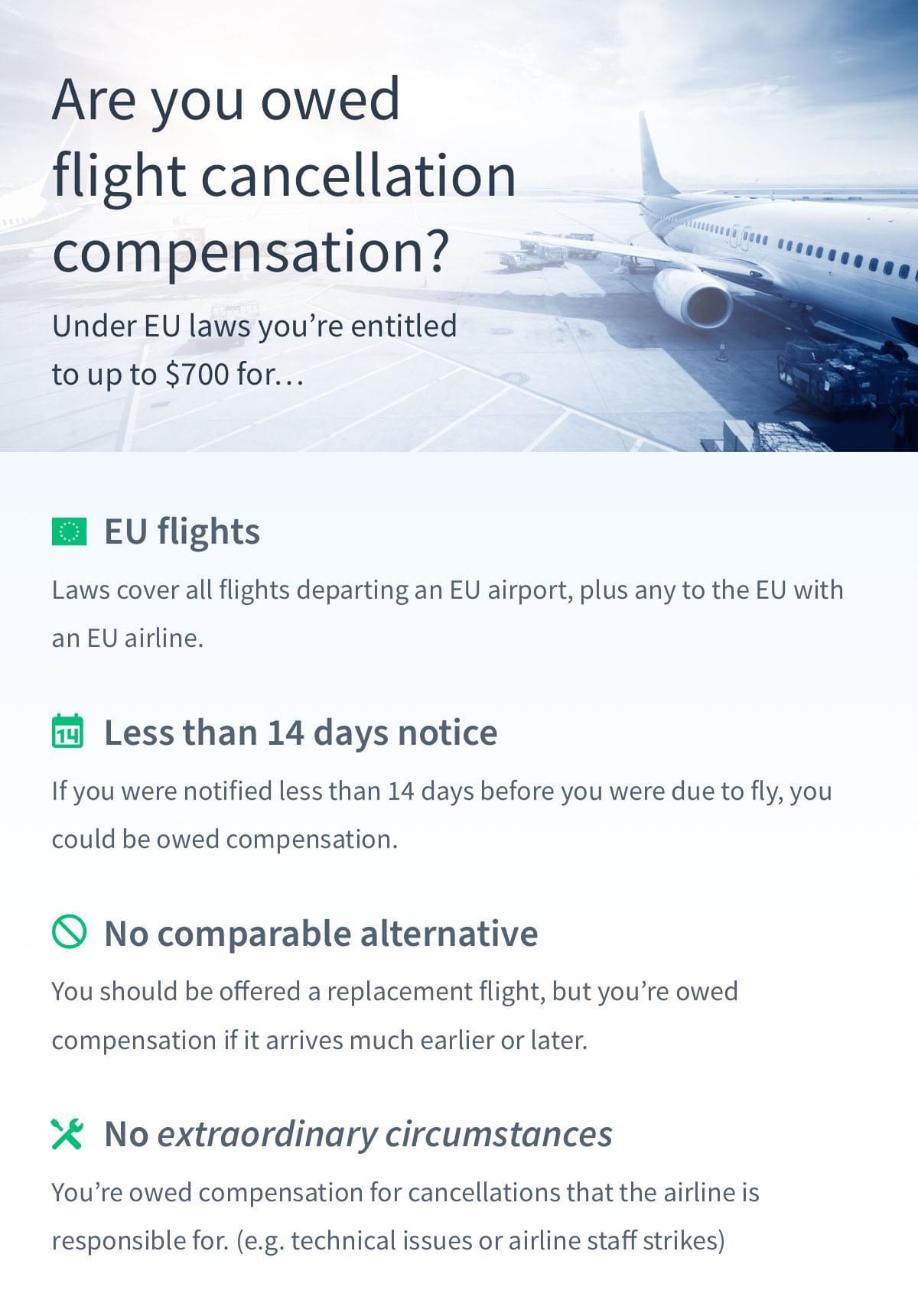 What is flight cancellation compensation?

If you qualify under EC 261, an airline is obligated to pay you flight cancellation compensation of up to €600.

Are you eligible to claim flight cancellation compensation?

Under EC 261, you are entitled to compensation for your cancelled flight if…

Flight cancellation rights: Under EC 261, what are you entitled to if your flight is cancelled?

You could be eligible for cancelled flight compensation as much as €600.

What it boils down to is that your flight cancellation compensation may be halved if you accept an alternative flight.

If you’re going to file a flight cancellation compensation EU claim under EC 261, you can expect some pushback from the airline. Just because the law is on your side doesn’t mean they are going to be enthusiastic – or swift – about paying you. If you’re travelling to or from the European Union, here’s what to do when your flight is unexpectedly scrubbed:

These flight cancellation rights fall under the regulations for  EU flight delay compensation. Consequently, they apply until the UK officially leaves the union.