Desynchronosis is the medical term for jet lag. It means that your circadian rhythm – your body clock – is out of sync. Your body thinks it’s still in one time zone, but it’s physically somewhere else. So it gets confused, tired and stupid. It gets even more challenging if you experience a flight delay and things are turned upside down. In that case you might be able to claim flight delayed compensation, but your jet lag might still be worse due to extra tiredness.

The best way to beat jet lag is to quickly and clearly give your body the information it needs about the new time zone. In short, your body needs a good amount of sleep and sunlight and at the right times.

Our circadian rhythms evolved to be linked to the solar day, which means our internal clock can be easily influenced by quantities and timings of daylight. Except for knowing your rights about  EC 261, an Experienced air travellers know that flying east across time zones is harder than flying west, because traveling east shortens the days while traveling west lengthens them. It means your circadian rhythm needs to do more to catch up. 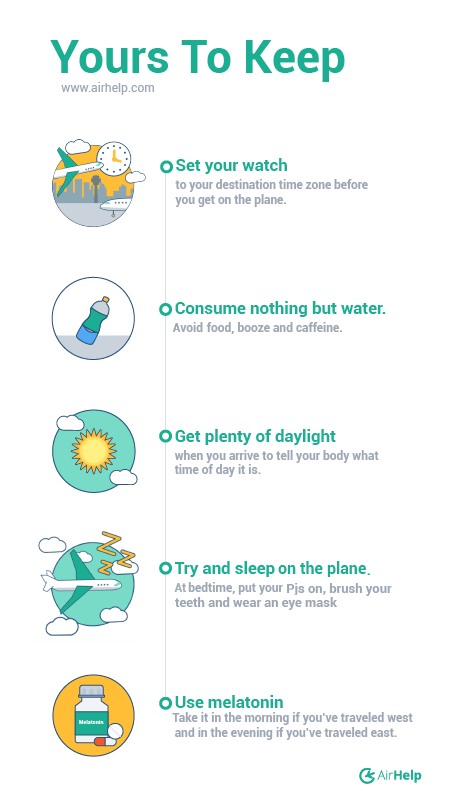